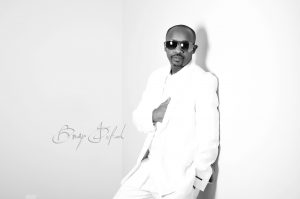 Kenneth Kimani, known professionally as Brayo Judah, is one of the most widely sought after dancers in the Modern African dance industry. Dancing for almost 30 years, Brayo began training in dance schools in his hometown, Nairobi, Kenya, with his training covering styles such as soukous, hip-hop, salsa, gumboot, and kwaito. Inspired by this diverse training, Brayo began choreographing his own routines. Soon he was competing in—and winning—local competitions, which caught the eye of major Kenyan and East African recording artists like Peter Odera who sought the energy, creativity and fresh approach that Brayo brought to the stage.

In the late 1990s, Brayo began touring and working with international artist Eric Wanaina, as the lead choreographer for his music videos and album launch. Wanaina went on to credit Brayo’s distinctive and innovate work with much of the success of his bestselling Sawa Sawa album.

In the early 2000s, Brayo traveled the globe, performing in dozens of countries alongside major recording artist, Nameless, as dancer and lead choreographer for his videos and international tour. Brayo’s work on Nameless’ video, “Juju”, received great acclaim and was nominated for a coveted MTV Europe Music Award.

Since his success with Nameless, Brayo has gone on to perform with or open for international artists such as Sean Paul, Shaggy, Koffi Olomide, Fally Ipupa, Jabali Afrika and Awilo Longomba.