Digital Reach by Dr. Sylviane Diouf, Curator of Digital Schomburg and Director of the Lapidus Center for the Historical Analysis of Transatlantic Slavery 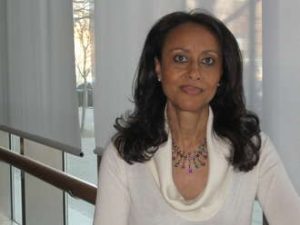 Sylviane A. Diouf is an award-winning historian of the African Diaspora. She is the author of Slavery’s Exiles: The Story of the American Maroons and Servants of Allah: African Muslims Enslaved in the Americas, both with NYU Press. The fifteenth anniversary edition of Servants of Allah—named Outstanding Academic Book in 1999—was released in October 2013. Slavery’s Exiles was published in January 2014.

Diouf’s book Dreams of Africa in Alabama: The Slave Ship Clotilda and the Story of the Last Africans Brought to America (Oxford University Press) received the 2007 Wesley-Logan Prize of the American Historical Association, the 2009 Sulzby Award of the Alabama Historical Association and was a finalist for the 2008 Hurston/​Wright Legacy Award.

She is the editor of Fighting the Slave Trade: West African Strategies (Ohio University Press) and the co-editor of In Motion: The African-American Migration Experience (National Geographic).

She has written books for children on African history and American slavery. Kings and Queens of West Africa, part of a four-book series, won the African Studies Association 2001 Africana Book Award for Older Readers. Her illustrated book Bintou’s Braids has been translated into French and Portuguese.

Lunch will be served.